One of the side projects from the Hercules & Xena Wiki is a new podcast. Legendary Journeys the Hercules and Xena Podcast dropped its first episode today. The hosts (one of whom is yours truly) are going to watch the entire Hercules/Xena franchise in chronological order and discuss two episodes each week. 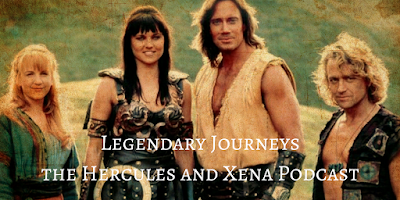 In today's episode (Episode 0: First Steps), Scott and Beth discuss the origins of the Xenaverse in Sam Raimi's The Evil Dead and then move on to discuss the development of the Action Pack films at Universal. 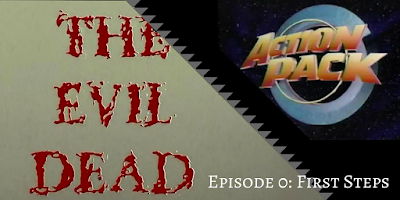 A new episode will drop every Monday.  Listeners can leave comments and questions on the blog at  Hercules & Xena Wiki, on Facebook, or on Twitter.
Posted by scottlukaswilliams at 5:10 AM 16 comments:

For many years, I have been an administrator over at the Legendary Journeys Hercules & Xena Wiki.  We've just started a side project; a Hercules and Xena book club!

Join us on Goodreads where, each month, we will read a Hercules or Xena novel and discuss.  We are beginning this month (September 2017) by reading Timothy Boggs' By the Sword.  This is available in its original mass market form or for Kindle. 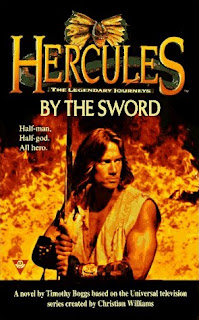 Posted by scottlukaswilliams at 8:02 AM 10 comments:

To celebrate Canada Day I wanted to highlight Marg Delahunty, the Princess Warrior.  Here in Canada we have a long-running political satire/sketch comedy show called This Hour Has 22 Minutes.  In the 90s, Mary Walsh originated this hilarious character who still makes the occasional appearance. 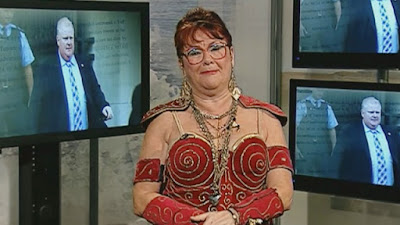 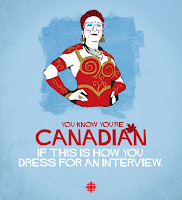 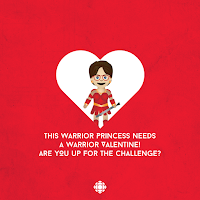 Only in Canada would a comedian have such unprecedented access and leeway. Marg Delahunty was frequently a visitor at Canadian parliament and she had interviews with two sitting prime ministers, Jean Chretien and Stephen Harper. 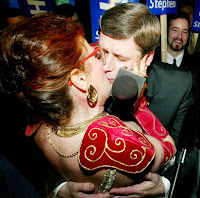 Her costume is clearly modelled after Lucy Lawless' Xena: Warrior Princess which I have covered here and here. 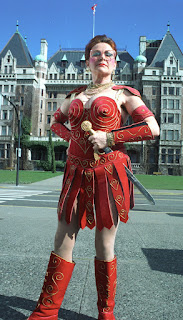 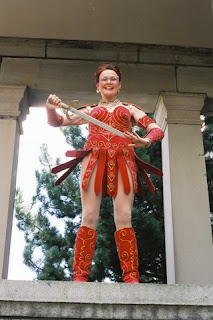 Marg has even been a force for political activism, campaigning actively against former Prime Minister Stephen Harper with the Marg Brings Change campaign. 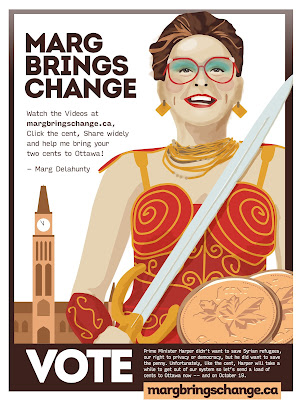 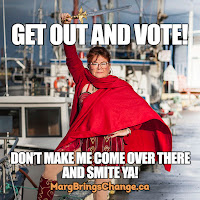 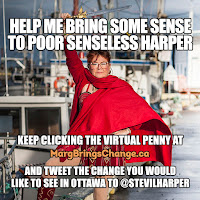 
Posted by scottlukaswilliams at 5:18 AM 9 comments:

Today on Twitter, producer Rob Tapert shared the news that one of Lucy Lawless' hero Xena costumes will be on display at the Christchurch Arts Centre from now through October.  When production ended in 2001, Pacific Renaissance donated one of Xena's costumes, complete with sword, chakram, whip and saddle bag; and one of Gabrielle's costumes, complete with sais to the Museum of New Zealand. 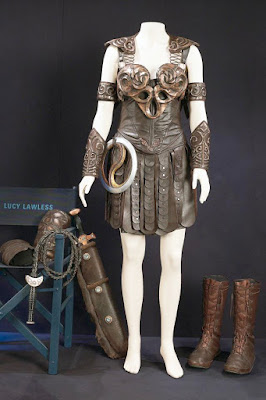 In this short video from 2011 we get up close with the costumes in the museum. I've grabbed some screenshots that show some great details on Xena's costume.  The host notes that Xena's boots are quite large. That's because they were built on top of running shoes for comfort. 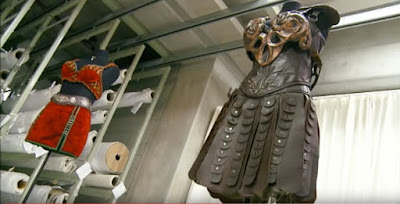 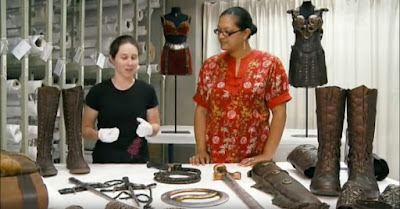 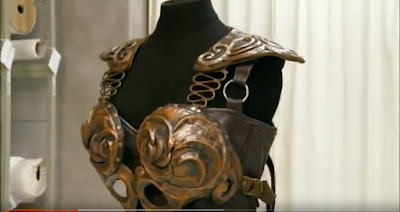 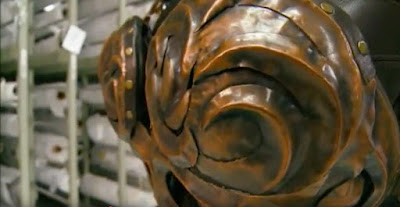 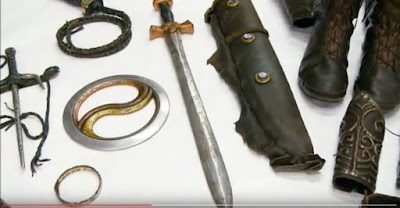 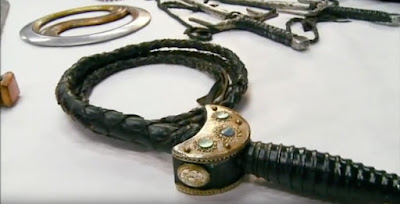 The exhibition is called We Could Be Heroes: the gods and heroes of the Ancient Greeks and Romans. More information can be found here. 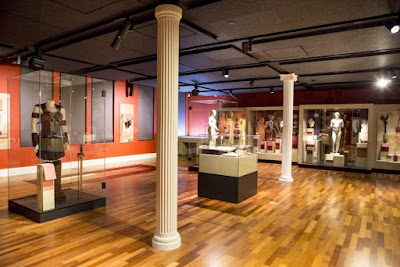 Posted by scottlukaswilliams at 4:08 AM 6 comments:

eBay seller animationkarchives has listed some original production art, screenused props, and set dec from Oliver Stone's Alexander (2004).  I find the artwork most interesting. It really gives you a sense of the attention to detail that goes into a production of this size and scope. 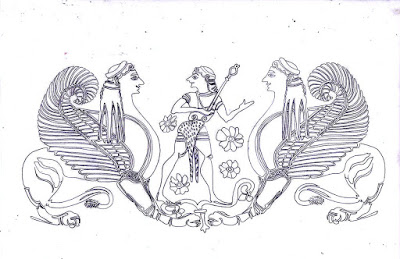 Unfortunately, the art doesn't seem to be signed so we can't credit the artist.  The Production Designer on the film was Jan Roelfs but the art department was fairly large and these might have been done by a member of Roelfs' team.

I think it's amazing that the art department considered details like the furniture below. They really made an effort to give every environment in the film its own identity and the historical references are plain to see. 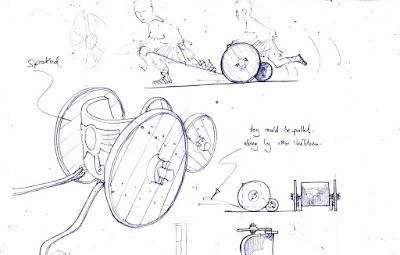 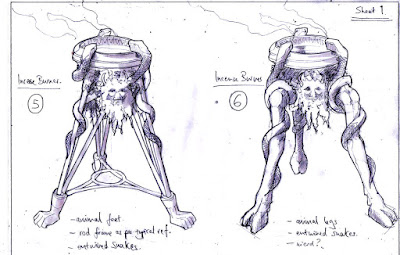 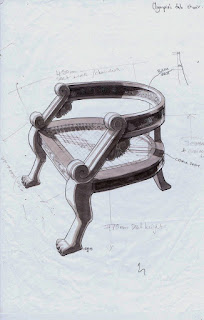 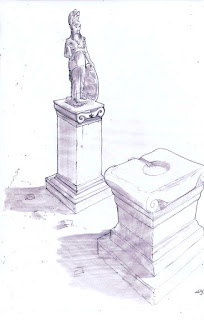 Posted by scottlukaswilliams at 4:49 AM 6 comments:

Eye Candy: Scott Adkins in The Legend of Hercules

Posted by scottlukaswilliams at 6:26 AM 59 comments:

Email ThisBlogThis!Share to TwitterShare to FacebookShare to Pinterest
Labels: Eye Candy, The Legend of Hercules (2014)

Eye Candy: Kellan Lutz in The Legend of Hercules

6'1" Kellan Christopher Lutz was born in 1985 in Dickinson, North Dakota.

Lutz modelled as a teenager and his first acting role was in a 2004 episode of The Bold and the Beautiful.  His "big break" came in 2008 when he was cast in the Twilight film series.

Hercules was not Lutz' first sword and sandal outing.  He played Poseidon in Tarsem Singh's Immortals (2011).

Lutz is now well-known as a Calvin Klein underwear model.  He certainly has the body of a god even if he doesn't look remotely Greek.

Posted by scottlukaswilliams at 7:38 PM 8 comments:

scottlukaswilliams
Is a writer from Toronto, Canada.